The assets to be constructed and owned by the JV include over 700,000 barrels of new crude oil storage and other distribution infrastructure. These will be located adjacent to LBC’s existing Bayport terminal on Galveston Bay, near the Houston Ship Channel, the largest petrochemical complex in the world, which offers deep water access. In addition, the JV will construct and own a new 18-inch diameter pipeline which will connect the new storage to an existing third party pipeline that will transport crude oil to a Houston-area refinery. An agreement has also been executed to allow the JV to utilize LBC’s dock suitable for industry standard Aframax vessels with up to a 45-foot draft and two barge docks, which will provide efficient marine access with flexible loading and unloading services at the Seabrook facility.

Subject to the receipt of permits and regulatory approvals, the new storage facility and pipeline infrastructure are expected to be operational in the first quarter of 2017. 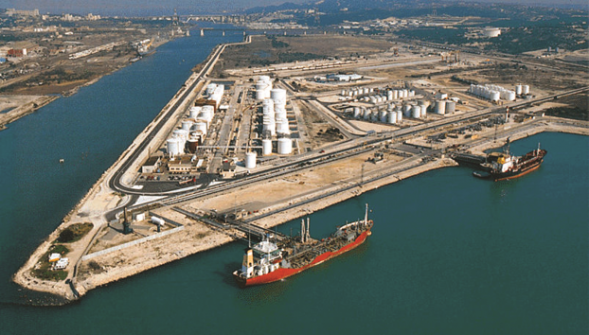 Stephen Burns, Head of Investments, Europe and Americas, commented, “this investment will strengthen LBC’s existing footprint in the Houston Gulf Coast area and see it expanding its activities into the growing market for crude handling.”

“Whitehelm Capital and LBC’s Management are excited to announce this important partnership with Magellan. We anticipate the relationship with Magellan will set the basis for further growth opportunities through the integration of LBC’s Houston terminal into Magellan’s Houston crude oil and refined products pipeline systems”, he added.

LBC is one of the largest global operators of bulk liquid storage facilities for chemical and oil products, and currently has a global storage capacity of 3m cubic metres across 14 terminals in the Netherlands, US, China, France, Spain and Portugal.

Peninsula Link is a 27-kilometre freeway located in South-East Melbourne connecting the suburbs of Frankston and Mount Martha. The project was procured under a Public-Private Partnership (PPP) which involved the design, construction in addition to the long-term maintenance and operation of the freeway. Peninsula Link commenced operations in 2013 and, given its structure as an availability PPP, is not subject to demand risk.

Vopak Terminal Eemshaven is a tank terminal which was purpose built for the long-term storage of strategic petroleum reserves. It is located in Eemshaven in the North of The Netherlands and has been operational since 2012. The terminal comprises 11 tanks with a total storage capacity of 684,025 cubic meters (currently used for storing diesel and gasoline) and is well connected through a deep-water jetty for seagoing vessels.

TDF is the market leader in the provision of TV and radio broadcast networks, telecom infrastructure solutions and digital terrestrial media platforms in France.  The company has a portfolio of high quality real assets in key locations with the widest geographic coverage in France, which are critical to the reception of TV and radio channels, and to the functioning of mobile telephone networks.